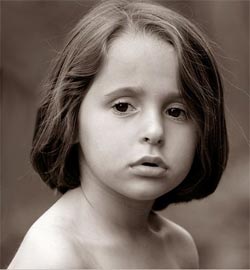 I always say my kids were homeschooled from birth, because they never went to school and they were learning from the day they were born. Yet I didn't "school" them during the years from birth to age 5; we certainly did a lot---played inside and outside, made crafts, painted, colored, I read to them---but I never considered that homeschooling.

That's why I was bewildered when I first noticed the trend of moms joining homeschool support groups even though their children were under five years old. I wondered, what's their hurry?

Talking with some of these moms has given me some insight into why they consider themselves homeschoolers even though their kids are so young. I've learned that today's young parents are under so much pressure to not only send their kids to preschool at age 3, but to start preparing them ("readiness") even earlier than 3 that they feel they must call themselves homeschoolers so people won't think their little ones aren't being educated. In this competitive society of ours, heaven forbid we should let a young child of 2 or 3 (or even 4 or 5!) just simply learn through play and experiences.

Learning about Preschool Pressure really makes me feel old. When my first child was 3 (how can that be almost 20 years ago?), children of working moms were often put in daycare, but children of stay-at-home moms were home with Mom, and maybe in a park district class for an hour twice a week. Most moms didn't think about preschool until the year before kindergarten, and even then, many chose not to send their children to it. Since I had already planned to homeschool my daughter, we never looked into preschool. Once I started homeschooling her at age 5, we liked it so much that we never considered putting any of our next three children in preschool or any school.

But while my children were growing up in an atmosphere of homeschooling families where preschool wasn't even discussed, the outside world was changing. As more moms rejoined the workforce, the cry went out that children needed preschool in order to succeed in school. "Educational experts" repeatedly cited the success of the government-run preschool program Head Start, rarely mentioning that the kids in that program were so disadvantaged from the get go that special attention would have helped them. An average child home with an attentive parent wasn't disadvantaged and didn't need preschool to become prepared. In fact, even 20 years ago, studies showed that any scholastic advantage gained by preschool wore off by third grade and was even suspected of causing early school burnout. But that aspect of preschool wasn't advertised much.

What concerns me now is that there is an entire generation of young moms out there (you may be one of them) who has been conditioned to believe that their under-age-5 children must have some kind of formal preschool program, even one at home, in order to be properly educated. Since I know from experience that this is patently untrue, I feel bad for any mom living under Preschool Pressure. I worry that finding and implementing a home preschool program for each of her little ones will result in burnout of both the child and the mom. It would be such a shame to burn out and give up on homeschooling; the thought that an exhausted mom will give up and put her burned-out child into formal schooling at an early age is heart-breaking, because it didn't have to happen.

I wish there was an easy way to remove Preschool Pressure from each mom's existence, and instead replace it with Preschool Peace, which is what I had, as did the many generations of mothers before me. The best I can do, however, is offer the following recipe, in hopes that you'll read it if you need it, and share it with anyone else who needs it. Only by finding Preschool Peace can a homeschooling mom conserve her energy for the larger task of homeschooling her children for as many years as she needs to do later on, maybe even through high school. I don't think I could have survived homeschooling two all the way through (and homeschooling two more now) if I'd had to homeschool them in the preschool years. Just the thought makes me want to go take a nap!

Starting as early in your parenting life as possible, mix:

Allow this mixture to rest in your brain for a while, then add (as your child becomes old enough to do these things):

Special note: don't rush through this recipe---take your time, because soon enough your little one will be a "big kid," and both of you will be ready to take on a more complicated "recipe."