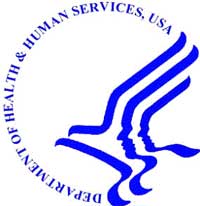 This piece was written in response to a pro Head Start article in the Orange County Register (11/02/06), and is reprinted with permission of the author.

I was very disturbed to see this subversive agency get $7500 worth of space in the OCR.

Head Start is a socialistic "great society" pre-school program begun by the authoritarian-socialist Lyndon Johnson in 1965. It subverts parental rights and is one of many parasitic welfare agencies that live off innocent taxpayers by destroying families and kids.

It has grown into a monster that devours our money, corrupts our morals and brainwashes over one million kids, seducing them into loyalty to the state instead of their parents. And it all happens before they are 5 years old.

If Head Start was a legitimate business, its $6.8 billion national budget would rank it around #305 on the Fortune 500, slightly above Southwest Airlines.

Since Head Start is funded with stolen money, our economy is being forcibly denied another airline the size of Southwest Airlines (SWA). And innocent taxpayers are forcibly deprived of their own legitimate earnings.

Compare the two institutions: Southwest has 31,000 employees, is the world's 3rd largest airline in passengers carried (88 million/year), owns 476 airplanes and flies to 63 airports and pays dividends to thousands stockholders. It is a genuine benefit to society, contributing to economic growth and well-being by taking people to places they want to go.

Most importantly, all transactions between SWA and its customers and suppliers, are voluntary.

Head Start is a Communistic institution; i.e., owned and run by government. Funded with stolen money. Has 200,000 employees for the same $6.8 billion budget, plus 1.6 million "volunteers." In California, it is spending $1 billion on 98,000 "students." It contains all the evils of government schooling, plus the added evil of brainwashing pre-schoolers by seducing families too poor to fight back. Annual cost for each "student," is $7,287, enough for a genuine private school which teaches respect for parents' values and caters to the uniqueness of each kid's personality and needs.

Interestingly enough, Head Start does not fulfill the mission of even its supporters.

The libertarian Cato Institute reported in 2004, "The most comprehensive synthesis of Head Start impact studies to date was published in 1985 by the Department of Health and Human Services. It showed that by the time children enter the second grade, any cognitive, social, and emotional gains by Head Start children have vanished ... The net gain to children and taxpayers is zero."

But perhaps the greatest evil is the interference with parents and the seduction of both parents and kids to tolerate government supervision of their lives, not to mention the presumption that government can raise kids better than parents by giving them "purposeful play." (Whose "purpose?")

This is flat-out totalitarianism of the Stalinist, Maoist and Hitlerian stripe, seizing kids before they can even walk and cultivating them into obedient taxpayers and unquestioning soldiers.

The current regime in Washington tells us that their Global War on Terror "will last a generation." Thus the president, no doubt, feels he needs an assembly line to turn out obedient, loyal warriors for the future. Head Start chapters would provide the pipeline to deliver the bodies.

Then when the emperor is through with them, the surviving parents get a souvenir flag and a medal. And a loss of part of their family's future.

Some people want to make pre-school compulsory. Bills have been introduced in Congress to make it so. Head Start would be the basis for building such institutions.

Head Start is a gigantic rip-off and is inconsistent with a free society. It should be totally de-funded, its properties sold and its surveillance records burned. And its employees liberated to work for the airline or other private sector businesses, that would replace the $6.8 billion now wasted on this wicked enterprise.

Head Start is "sold" as a warm, fuzzy, caring institution to disarm wary parents. But if Head Start employees are honestly driven by a desire to "care" for the "poor," why are they unionized? Who are they organized against? The Head Start "management?" Or the source of their funding, the taxpayer?