Fad and Fancy for Families

After hearing First 5 California's spokesman, Rob Reiner, recently speak once again publicly this time on a local radio station--I am compelled to share an opposite viewpoint about mandated, universal preschool. We have been barraged by misleading First 5 California commercials. In a recent one, a CEO is leading a group of tiny children on a tour of an aerospace plant, theorizing how preschool attendance will ensure students success later in life and in the work force, and will save society money. There are glaring omissions in this commercial. No parents are present, and no statistical, empirical evidence is presented about the claims. 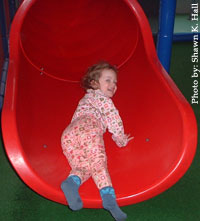 First 5 adherents say that they want to help parents, but their major goal, of requiring all children to be enrolled in public school by the age of 3, is not what is best for most children. Young children need their parents loving care and nurturing. Mandated, universal preschool would require even more taxes to fund these comprehensive programs. That in turn would contribute to parents working even more to make ends meet, and thus be separated further from their young children.

Institutional early instruction is nearly always far inferior to parental care. Parents need to be encouraged to not abdicate that joy, right, and duty to the state. They also need to vote for representatives who streamline our state budget and programs.

The San Jose Mercury News estimates that 1.5 million children would be in a California mandated preschool system and figures that at a cost of $10,000 per child First 5 would cost taxpayers another $15 billion per year. There is no evidence of any lasting academic or socio-emotional long-term gains, while this costly endeavor would likely impair young children and the nuclear family.

No state that has tried mandated universal preschool has had either significant or verifiable positive results.

In August 2004, California Family released a footnoted, statistically-based study on this issue. Universal Preschool: Does it Really Help Children? Is it Worth the Cost? written by Karen Holgate. She is the Director of Legislative Policy with the California Family Council in Riverside, CA.

In the article, She states, California's new Master Plan for Education was released in August 2002. Supporters hail it as a new vision for California's failing education system, one that will focus on greater academic achievement and career preparation across the full spectrum of students at all levels.

However, the reality is that the new plan puts the state in control over every aspect of a child's growth and development from birth through college (or employment).

Legislation to implement the plan is now being discussed in conference between Senate and Assembly members. The bills include a universal preschool system for three-and-four-year-olds, mental health screening for all children beginning at birth, mandatory full-day kindergarten attendance for all five-year-olds, parent training, and a massive restructuring of California's education system.

Until early education becomes evidence-based, it will be doomed to cycles of fad and fancy.

First 5's mission is an integral part of the Master Plan, which envisions a seamless set of standards covering and directing children from birth through retirement. It is social engineering--intrusive and manipulative. No state that has tried mandated universal preschool has had either significant or verifiable positive results. For example, Georgia found that its preschool program conferred no apparent gains on participating children. In addition, First 5's propaganda to further the California Teachers Association's controlling agenda is a highly improper use of tobacco tax dollars, which fund First 5.

If children receive the quality attention that comes best from a parent, new and even existing programs will be needed less. Head Start co-founder, Edward F. Ziglar, the director of Yale University's Bush Center in Child Development and Social Policy, has spoken out against mandatory preschool, and he only supports preschool for 3 and 4 year olds as a way to provide necessary child care.

The Hoover Institution published a study called, Much Too Early, in which Professor David Elkind summed up this issue when he said, "The average child attending Head Start exits that program being able to name only one, yes, one letter of the alphabet. Until early education becomes evidence-based, it will be doomed to cycles of fad and fancy."

Joan Schumacher is a resident of Santa Maria, and the mother of two young adult sons. Joan has a California B.A. in Sociology and an Elementary Teaching Credential. She serves as the director of a private independent study program, a private tutor, and the author of a phonics-based literacy program.