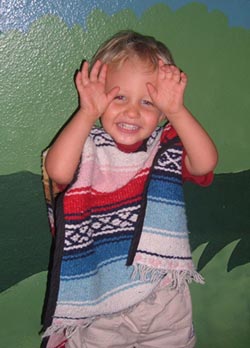 Six years after actor-director Rob Reiner won voter approval in 1998 for a 50-cent-a-pack cigarette tax, millions of dollars raised by the measure in Los Angeles County have been spent on travel and administration but the universal preschool program it was supposed to fund has yet to get up and running.

The First 5 Los Angeles commission and its preschool program touted as critical to giving tens of thousands of poor, immigrant and minority 4-year-olds a jump-start on a good education has foundered over poor planning, political infighting and conflicts of interest.

A recent state audit found the commission had only spent 15 percent of its funds. Since its creation in 1999, the commission has received $820 million in tobacco tax revenues. Similar problems have arisen elsewhere in the state.

"It was clear from the beginning that Proposition 10 was deeply flawed because it put billions of dollars of spending authority in the hands of people who are not elected," said Larry McCarthy, president of the California Taxpayers' Association. The situation is viewed as significant by policy experts because it involves billions of dollars generated by a ballot measure spearheaded by a popular Hollywood celebrity. Critics say failure to carry out the promises made to voters could harm the credibility of future celebrity-driven ballot measures and calls for tax increases to fund even popular programs.

Ralph Rossum of Claremont McKenna College said the proposition is another example of the problems with "ballot budgeting."

"One would hope it would make the public cautious against continuing to vote approval of things that on the surface seem to be very attractive and have a feel-good dimension to them, but which simply raise taxes on other people, which in this case is the generally less-affluent smoking population," he said.

After years of confusion and a recent spate of mass resignations of many prominent members of the commission's Los Angeles Universal Preschool Board, officials said they are now hopeful the preschool program originally set to launch in September can start in the spring.

"They just hired an executive director (Oct. 26)," First 5 Los Angeles commission spokesman Victor Abalos said. "They've got the ball rolling. They are going to start opening sites in the spring."

Efforts to reach Reiner directly for comment were unsuccessful. A representative said he was busy working on a new film.

The resignations of five members of the board of LA-UP the newly created First 5 L.A. sub-agency that controls how $600 million will be spent on preschool educations in the next five years has thrown two years of planning into disarray.

The members resigned because they were "uncomfortable" filing state-mandated conflict-of-interest statements, disclosing their income and assets, said First 5 L.A. Chairman Neal Kaufman, a physician who works at Cedars-Sinai Medical Center.

Nancy Daly Riordan said business leaders originally envisioned the board as a private nonprofit. But it later became clear it would operate as a public entity spending large amounts of taxpayer dollars.

"The fact is it may take a little longer than we originally anticipated, but I don't think anybody could have anticipated how challenging this was going to be. This has never been done anywhere else in the country," she said.

The Board of Supervisors and Reiner engaged in weeks of infighting last summer over who would serve on the board. The supervisors sought greater control of the program while Reiner worked to limit county interference.

In a compromise, the supervisors were able to each appoint a representative to the 13-member LA-UP board, including Siart, who has since resigned.

Of the commissions in Los Angeles, San Diego, Kern, El Dorado and Santa Clara counties, a state audit released in July found they had spent as little as 15 percent in Los Angeles County to as much as 67 percent in El Dorado County on various early childhood development programs, noting that many maintained "significant fund balances" as of June 30, 2003. First 5 L.A. had a surplus of $630 million at that time.

Auditors criticized First 5 L.A. for how much it spends on administration 9 percent of its revenues and on travel. "Clearly, they have no sensitivity to the efficient use of taxpayer dollars," said Jon Coupal, president of the Howard Jarvis Taxpayers Association. "Whenever there are these feel-good programs like the tobacco tax program, you can bet your last cigarette that the money will not be spent wisely."

The innovative preschool program in the county would help many of the county's 153,000 4-year-olds attend preschool only 50 percent of which are enrolled today.

Low-income families would be able to send their children to preschool for free. Rafael Gonzalez, vice chairman of LA-UP, said officials are working to find new members for the board. The new LA-UP executive director, Graciela Italiano-Thomas, will start in December.